When I first decided I was going to blog about the 2017 MTV Movie & TV Awards show, which aired on 5/7/17, I had every intention of basically giving a play-by-play/recap of the night.  However, after about 30 minutes of watching it, I realized a couple of things.

One, I am way too old for this.  I felt like a Grandma – I had to constantly google who everyone was!  And secondly, I realized that there really is no point to recap the entire night.  If you didn’t watch it, the winners are all over social media.

Instead, I decided to focus on the clothing the celebrities chose to wear.  Their fashion choices are always my favorite part of every award show, and this year was no different.  (Even if I didn’t know who everyone was!)

I also started thinking about some of the past MTV Movie Awards (this year was the first year that they incorporated TV into it as well), and it made me realize how much has changed over the years.  So I’m also going to do a little throwback to the 2007 MTV Movie Awards, and you can see for yourself just how much has truly changed in the past 10 years.

Shay (or Slay) Mitch always looks so fierce.  She’s gorgeous, bold, and adventurous with her choices.  It’s always exciting to see what she will wear.

This is an edgy look, yet still so pretty and innocent.  She looks beautiful.

I’m such a fan of Kat Graham – she’s just so unbelievably gorgeous, she always looks on point.  I’m all about the All Black Everything look, and this outfit is no different.

This is the second time in a week that Zendaya has absolutely slayed on the red carpet. She looked fabulous last week at the Met Gala, and here she is again, looking beautiful in green.

Cara looks so bad ass and fierce.  Love it.

I feel so bad putting Debby Ryan in this category, because I think she is so cute, but I just don’t understand her outfit in the slightest!  She does still look pretty, though.

Another one I feel bad about putting in this category.  Maybe she was going for a Teen Wolf theme?  I just don’t know.

I love Barb, I hate putting her in this category, too!  I’m also wondering if she was going along with a Stranger Things theme – it’s totally 70’s, so maybe.

Finally, one that I feel no remorse whatsoever for!  I really don’t like Farrah in general, but that’s not why she’s a fashion fail.  I’m so confused why she thought a Bollywood look would be appropriate for this awards show?  I’m also confused as to why she’s on the red carpet at all, honestly.

Lauren Conrad (Back when The Hills was still on air.)

Lauren’s co-stars (and her ex-best friend)- Heidi Montague & her boyfriend Spencer Pratt. (They weren’t married yet!)

Paris Hilton, when she was still relevant, and everything was “hot”.

Vanessa Hudgens, who was dating Zac at the time. 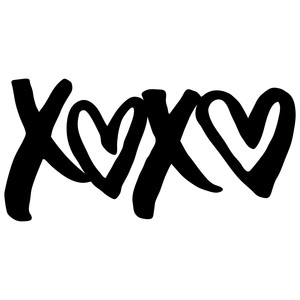