I’m always down for a new show, especially when it’s a Bravo TV one!  I was unsure about Texicanas in the beginning, but as the show went on, I really started to get into it, and was interested in finding out what happened with the ladies.  So let’s just get right to it.

Penny is narrating the show for us.  We know something big goes down in her friend group, all because of a group chat, and everyone is fighting.  But they show us this right at the very beginning, and I don’t know who anyone is yet, so I’m not following.  Then they rewind us, and take us back to the beginning; two months earlier. 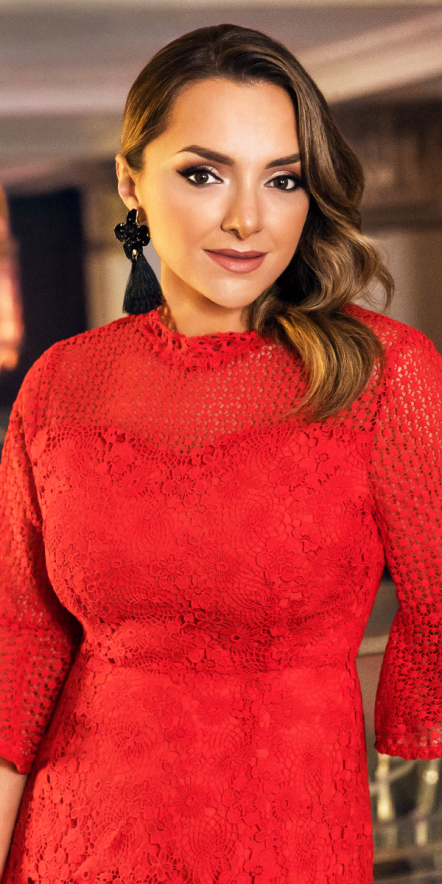 This is Lorena.  She’s friends with everyone, and known as the “gossiper” of the group.  Lorena disagrees – she wouldn’t have to gossip if everyone just owned their shit.  She always ends up being put in the middle.  Lorena is also married and has two children, and has been living in San Antonio for 8 years as well.  Some other ways the ladies would describe Lorena: “Life of the party”, “Super loud” and “Typical Mexican Firecracker.”  LOL. 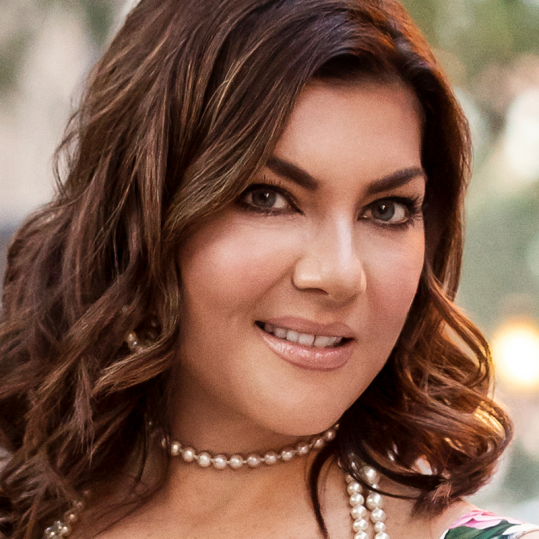 Luz is newer to the group.  She’s a divorced mother of three, and owns a boxing studio.  She must also be in the real estate world, because Penny states that’s how she knows her.  She’s been living in San Antonio for 16 years.

Anayancy is the youngest of the group.  She comes from a very wealthy family, and is definitely known as a “Princess”.  She’s currently engaged, and her fiancé’s name is Jason. 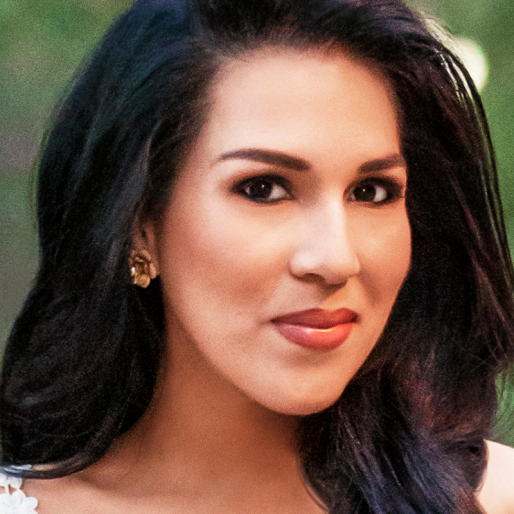 Karla is known as the “Diva” of the group.  She wouldn’t call herself a diva, but she does admit that she’s intense and demanding.  She’s been living in San Antonio since she was 18. 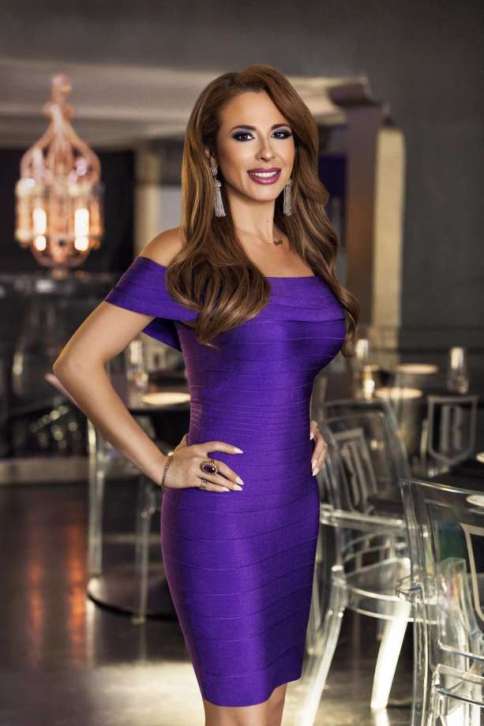 This is Penny, our narrator.  She wonders how she would describe herself, and then they show us the girls, describing Penny.  “Overly sexual” is the one that stuck out the most.

Penny also fills us in on how the girls all know each other.  Lorena and Penny met at a kids party, and Penny realized that Lorena knew her godson.  They both met Mayra on the San Antonio social scene (which is supposedly super small.)  Mayra met Karla through mutual friends, and introduced her to Lorena and Penny.  They all hit it off.  Lorena knew Anayancy when she moved to San Antonio eight years ago, so she introduced her to the group.  Luz’s connection is because of Penny.  We also meet Janet, who is Luz’s best friend.

Mayra is clearly pissed, and sensitive.  Penny tells us that Mayra is totally going to harp on this, and she’s not wrong. 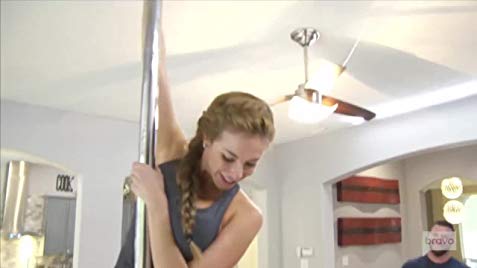 The next day, we’re at Penny’s house.  Penny’s husband is Raul, and she has two sons, Andres and Nicolas.  She’s working out, and yes, she has a stripper pole in her living room.

Lorena and Karla are “Lunch Buddies”.  Neither of them work, so they meet up for lunch and hang out and chat for like four hours.  This time, Luz joins them.  Lorena talks about how they’re going to a surprise birthday dinner for Mayra the following night, and they realize Luz isn’t invited.  Lorena explains that Mayra’s husband is the one who planned it, and it’s only for her closest friends.  Luz isn’t offended; she owns the fact she’s not great friends with Mayra.  Karla and Lorena both like Luz, and they feel like that in itself is problematic, because they know Mayra doesn’t like her.

At dinner the next night for Mayra’s surprise birthday bash, Mayra is surprised herself to find out that her husband didn’t include Anayancy.  She’s upset by this – she considers her one of her close friends.  She reaches out to her, and Anayancy comes over the following day.  Anayancy admits she was offended that she wasn’t invited, but Mayra apologizes on behalf of her husband, and they’re all good.

We learn that Anayancy has quit her job – she’s a single mom, and her boss was constantly giving her a hard time about taking time off to be with her daughter.  She wants to get into hosting charities, particularly for raising awareness of domestic violence.  Mayra has connections, and offers to help Anayancy out, and she’s grateful.

Meanwhile, Luz is over at Janet’s.  They’re talking about an upcoming Spartan Race – Luz invited all of the girls, except for Mayra.  She doesn’t like Mayra – she reminds her of a time when Luz was living in a world, prior to her divorce, where everything was about image.  Luz said she was ostracized in the Mexican Community when she did get divorced, and she doesn’t want to be around someone who tries so hard.  She thinks Mayra cares too much about what other people think. 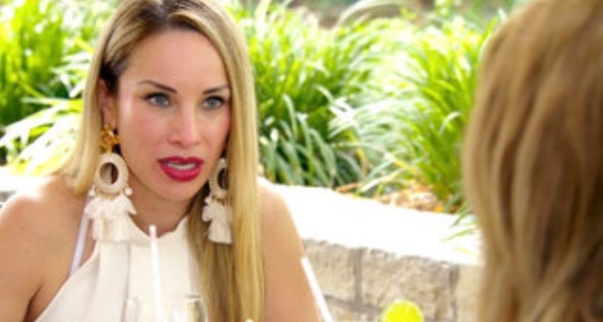 Penny and Mayra are having lunch.  We learn that Mayra currently doesn’t work – she worked when they lived in Mexico, but she can’t work now because she doesn’t have a green card.  She said it took her a while to get used to being a stay at home mom.  Penny brings up the Spartan Race, and Mayra isn’t surprised that she’s not invited.  She says she doesn’t care, but Penny thinks she feels left out.

The girls all go to Bubbles, which is a food and wine festival that kicks off culinary week in San Antonio.  (This looks so fun, I want to go!)  The girls get their drinks and sit down and are chatting.  Mayra brings up the charity to Anayancy, because she’s already reached out to her contact, but Anayancy doesn’t want to talk about the charity right then and there, which annoys Mayra.  She keeps coming at Anayancy, and Karla calls her out and tells her she’s being “attack-ish”.

The Spartan Race gets brought up again, and Mayra is being super over the top.  She’s really hating on the race in general and being dramatic.  They joke about the fact that Karla doesn’t own tennis shoes, and Mayra’s like, “She could get injured!” 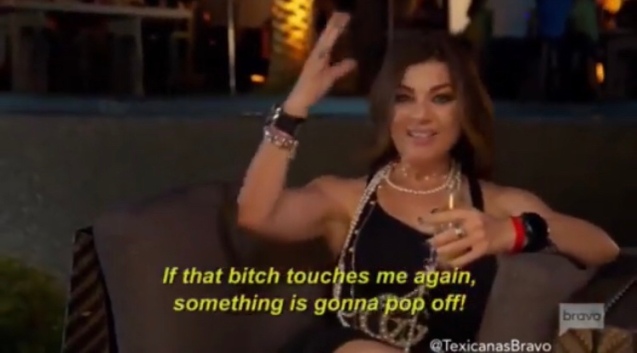 We end on somewhat of a cliff hanger – we know Luz and Mayra have it out for each other, but we leave off at Bubbles.

Who watched this week?  Tell me what you think.  I was unsure at first, but I think there’s potential. I hope that Penny isn’t narrating the entire show, but I can live with it if she is.