We pick back up at Barbara’s Clambake, where Lu is shocked to see Ramona stroll out behind Sonja.  “I was not expecting Ramona,” Barbara tells the girls.  Bethenny tells us Ramona will probably put clams in her purse for later – LMAO, she’s actually not that far off.

Ramona can seriously be so awful, but it’s almost funny because I truly think she lacks the self awareness of just how cruel can she be.  She tells us that she met Barbara around ten years ago, but she’s “not really my kind of girl” – she’s not a girl’s girl, she’s masculine.  LMAO, like that’s so rude.  I can’t. 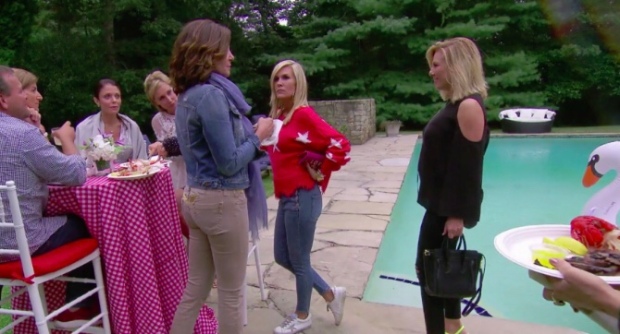 The Clambake is the first time Tinsley has seen Bethenny since Dennis passed, and she gives her condolences to her.  Bethenny is wearing an engagement ring – we learn that Dennis had proposed to B, and although she didn’t actually say yes, she didn’t say no, either.  She tells us that her engagement with Dennis was “on ice.”  She’s been wearing the ring because she feels like Dennis would want her to.  I think she should wear it if it makes her feel happy.  She probably feels closer to Dennis wearing it.

Once Ramona approaches, Lu immediately comes for her.  “Ramona, let’s cut to the chase.”  I feel like in Ramona’s mind, she was probably like, “OMG, it’s only been ten minutes, we can’t do this until the 30 minute mark!” LMAO.  “Another time,” Ramona replies, and casually strolls away. 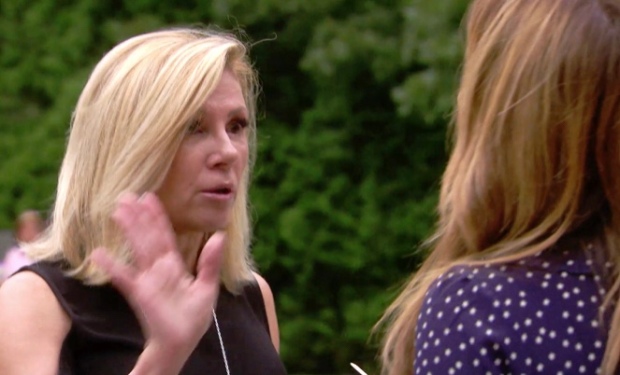 Ramona quickly moves away, and begins chatting with Barbara and Sonja.  “Look at her reporting to Barbara,” Lu snickers.  Ramona is pleading her case to Barbara, and basically sticking up for Ramona, but this is all a little bit too much.  Ramona’s kind of playing it like she’s a saint, and Barbara isn’t here for that.  “You spread lies about her.”

“What lies?” Ramona asks innocently.  Barbara tells her, “You said she got kicked out of Chris Birch’s party, and that wasn’t true, I was with her.”  Ramona goes on to say something went down at some hotel after, but I don’t really know, nor do I care.  This is stupid.

Sonja asks Ramona if she’s given her condolences to Bethenny about Dennis, and she says yes.  Sonja’s like, “You did?” And Ramona says, “Through text, yeah.”  “No, I mean today, in person,” Sonja replies.  Ramona refuses to say anything to Bethenny in person today, because in Bethenny’s eyes Ramona is always doing something wrong.

Back over with Bethenny, Lu, and Tinsley, B is filling us in on a guy she is going to go out on a date with.  It’s just dinner, and she feels like it’s kind of soon, but I understand her wanting to be preoccupied and keeping her mind busy. 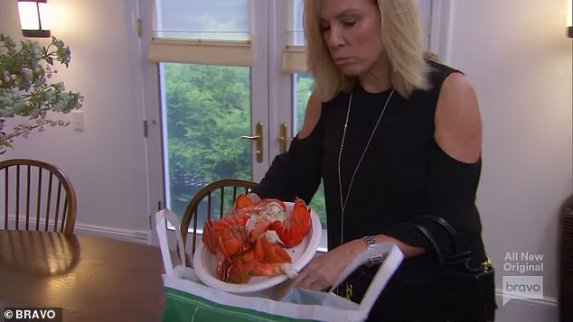 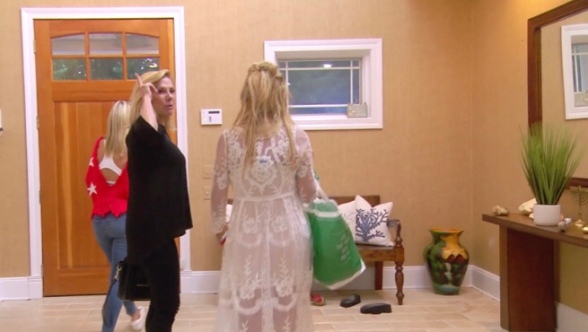 Ramona and Sonja join them, and they’re saying their goodbyes. “You just got here,” Bethenny says.  They tell the girls that they feel bad for Dorinda, so they’re going home early.  Barbara told them to take some food back for Dorinda, and I’m dying because Sonja and Ramona are literally filling up bags worth of lobster.  Tinsley is mortified.  Lu is being such a bitch though, and saying that no one can take the lobster.  This is not your clambake, Luann.  Quiet down. 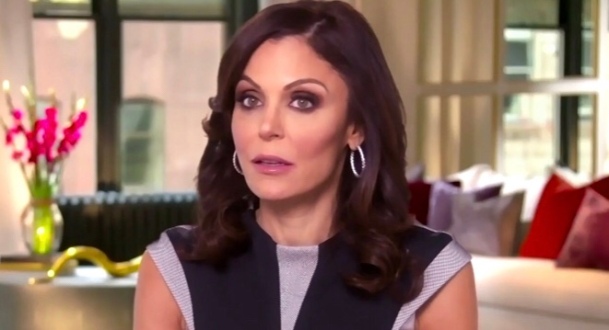 Once the girls have gone, Bethenny mocks Ramona and her “Crazy Eyes.”  “Who leaves someone’s house with multiple lobsters?” LMAO, I mean, she has a point.  So tacky.

The Brunette’s enjoy the rest of the clambake.  Lu, Bethenny and Barbara all end up in the pool, and they’re having fun.

Back at Ramona’s, Dorinda is surprised at how early the girls are home.  (LMAO, I am Dorinda.  “I thought I’d watch some Law & Order.”)  They rehash the clambake.  Luann has been insinuating that Dorinda has a problem and needs rehab. I was glad that Tinsley noticed that Lu was definitely the aggressor in this situation.

“Dorinda, she’s still hurt!” Sonja cries.  “I’m still hurt!” Dorinda exclaims in return.  They’re all talking over each other, and somehow Bethenny and Dennis get brought up – something about Dennis helping someone with money, and how he’s smart.

OMG, Ramona can literally be so crude and disgusting.  I am appalled at what comes out of her mouth.  “How smart can Dennis be? I mean, he was on drugs.”

I think all of us are Sonja in that moment.  I honestly don’t even want to talk about this, because I have zero tolerance for anyone who talks poorly about someone who has a drug problem.  That was a truly repulsive thing for Ramona to say, and I’m not even going there.  Tinsley shuts it down real fast, and Sonja is pissed.

Back in the city, Bethenny is on her way to the Carolina’s because they were hit by a hurricane.  I love Bethenny’s desire to help people, it’s truly admirable.  She uses her platform for good, and it’s such a nice thing to see.  I loved watching her interact with the people at the shelter – these people are struggling so much, and they’re beyond grateful for the help Bethenny is providing. 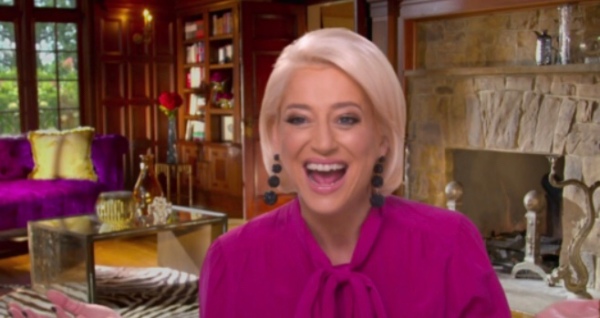 Dorinda meets Barbara at Sarabeth’s for lunch.  Dorinda had reached out to Barbara, because she wanted her to hear her side of the story, not just Lu’s.  Dorinda wants to see Lu without outside forces around.  I agree, I think that’s probably the best way for them to resolve their issues. 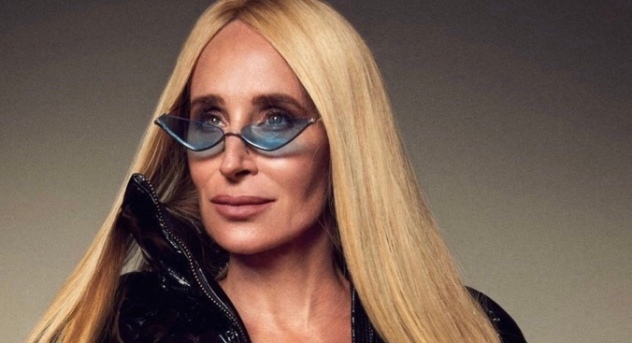 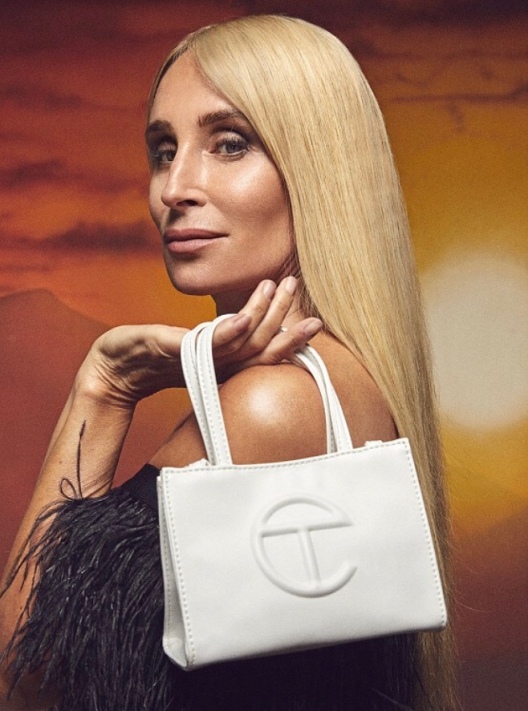 Sonja’s photos from her Paper Magazine party are literally giving me life.  She’s killing it.  I agree with Bethenny – “She looks like a Tom Ford ad.”

They girls all look so gorgeous, but I’m obsessed with Sonja and Dorinda in their leopard print.  “Leopard makes you feel powerful.”  PREACH Dorinda!

Everyone is here, and I’m LOLing that Sonja invited her psychic.  Tinsley brought Dale, her mom, with her, and we seriously need a spinoff with like, Dale, Mama Dee, Patricia from Southern Charm…OMG that would be epic. Anyway.

Bethenny and Dorinda are having a nice, genuine conversation.  John is coming, Dorinda’s boyfriend, and Dorinda’s happy with him.  “You have to remember, we don’t live together,” Dorinda reminds Bethenny.  LOL.  Dorinda goes on to say that what she has with John is a different kind of love than she had with Richard (her husband, who passed away in 2011).  She feels like Bethenny had that type of love with Dennis, too, and you don’t just get that again.  Bethenny fills Dorinda in on the engagement ring – and we learn that Dennis gave Brynn a ring, too, which I thought was beyond sweet. Both of the ladies are emotional.

Bethenny calls Lu over, and Dorinda is freaking out.  They both approach each other – and then we’re hit with a TO BE CONTINUED.